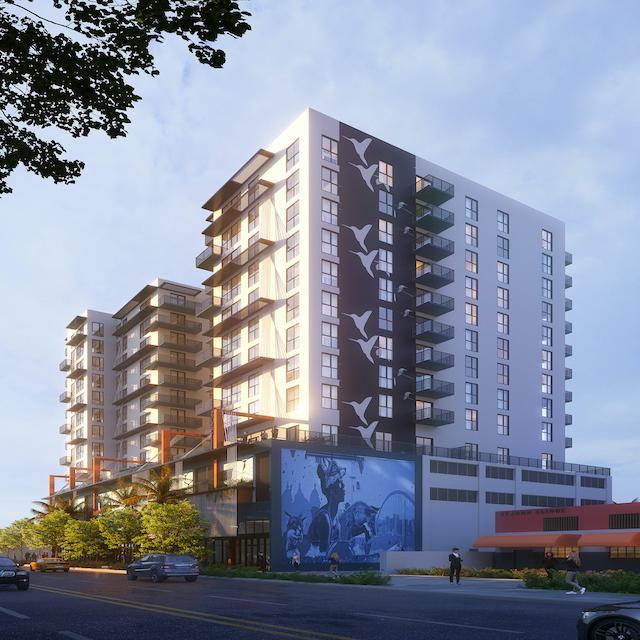 Over a hundred years ago, a group of Bahamians emigrated to Miami, Florida and settled in an area known as Coconut Grove. For much of the twentieth century the Grove was a thriving community. However, systemic disinvestment and marginalization decreased economic development and opportunity in this historically Black neighborhood.

“Coconut Grove sits between downtown Miami and the affluent community of Coral Gables. To get anywhere near the bay and downtown from the southern portion of Miami-Dade County, you have to drive through the Grove,” said Oliver Gross, President/CEO of New Urban Development (NUD) on the community’s key location.

In the 1980s a group of visionary citizens banded together to purchase eight parcels of strategically placed land in Coconut Grove. They named their group GUTS (Grovites United to Survive); their goal was to prevent encroaching gentrification.

According to Gross, they were prescient. “Over the past five to 10 years, opportunistic investors and developers have bought most of the property along Grand Avenue and are making incursions into the side streets. They are tearing down existing homes and building houses that sell for more than $700,000.” A price that is much higher than average real estate in the area, he notes.

Unfortunately, in parallel, financial issues undermined GUTS; eventually only one parcel remained. Fortunately, it is on the most strategic corner.

Gross continues, “GUTS came to us for help. We wanted to be really intentional about any development, ensuring that the property would be owned and controlled by people from the neighborhood. We were able to create a vehicle that allowed them to receive most of the economic value the property had gained without giving up their long-term interest.”

BlueHub was key to the process by providing a $2.5 million loan to acquire the land.

“These are the sorts of deals that traditional capital providers walk around gingerly. BlueHub jumped in with both feet. They asked the right questions in the right context. Their focus is not just on closing but on how to make the deal work for everyone. That really resonates with me.”

NUD is an affiliate of the Urban League of Greater Miami, a Black-led nonprofit focused on enabling African Americans and other underserved urban residents to secure economic self-reliance, parity and power and civil rights. NUD was formed in direct response the housing challenges faced by the communities that Urban League of Greater Miami serves. Founded in 2005, NUD has built or rehabilitated 883 housing units.

The plan for Coconut Grove includes 100 units of mixed-income housing, as well as commercial real estate and community facilities.