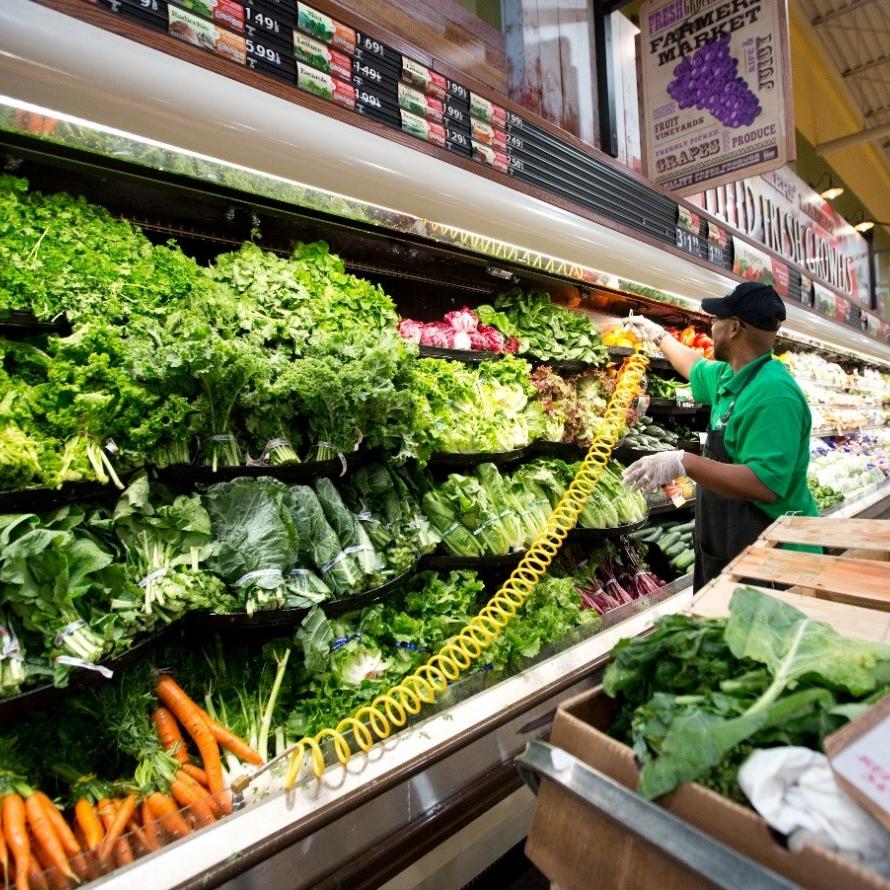 Jeff Brown has a passion: Improving access to healthful and affordable food.

In running his 11 traditional grocery stores, he makes an effort not only to offer a variety of foods, but also to tailor his offerings to the tastes—and the heritage—of the specific community each store serves. Brown finds out exactly what his customers want the old-fashioned way: He asks them. Recently, he’s been hearing something interesting.

“We have frequent town hall meetings, sometimes with thousands of people,” he says. “It became common for people to pull me aside and say that they love our values, but that they had shifted to a fresher, more organic diet, and they would like us to offer more natural foods that are still in keeping with their heritage.” He found the idea intriguing.

Then a local grocery store filed for bankruptcy, and two of their locations had no takers. Brown continues, “It was the perfect opportunity to test the fresh food idea.”

The Wynnefield Heights neighborhood of Philadelphia lost a critical community asset after the local store closed. The neighborhood has a 20% poverty rate and pockets of lower-income people with no access to the transportation needed to drive to a grocery. It also has several housing complexes for seniors; the ability to walk to the grocery ensures a certain amount of independence for those residents. So Brown opened The Fresh Grocer.

“People with less means still want to decide how to spend their money,” Brown says. “Some premium products—such as fresh, organic foods—are worth more to them.”

The Fresh Grocer not only brought healthy food to this neighborhood, it also brought jobs. “The store has approximately 200 positions, and all the workers are unionized. We hired locally and trained them to do the work. A large percentage are returning citizens—[people who were] formerly incarcerated.” Fresh Grocer offers them a new life.

Healthy Food
Borrower
The Urban Food Initiative, Inc.
Location
Greater Boston, MA
Financing Used For
Construction
Loan Amount
$1 million
Loan Length
96 months
In many communities, it can be hard to find healthy food—and almost impossible to find healthy food that is affordable. Through an innovative model and unique sourcing, Daily Table is out to change that.