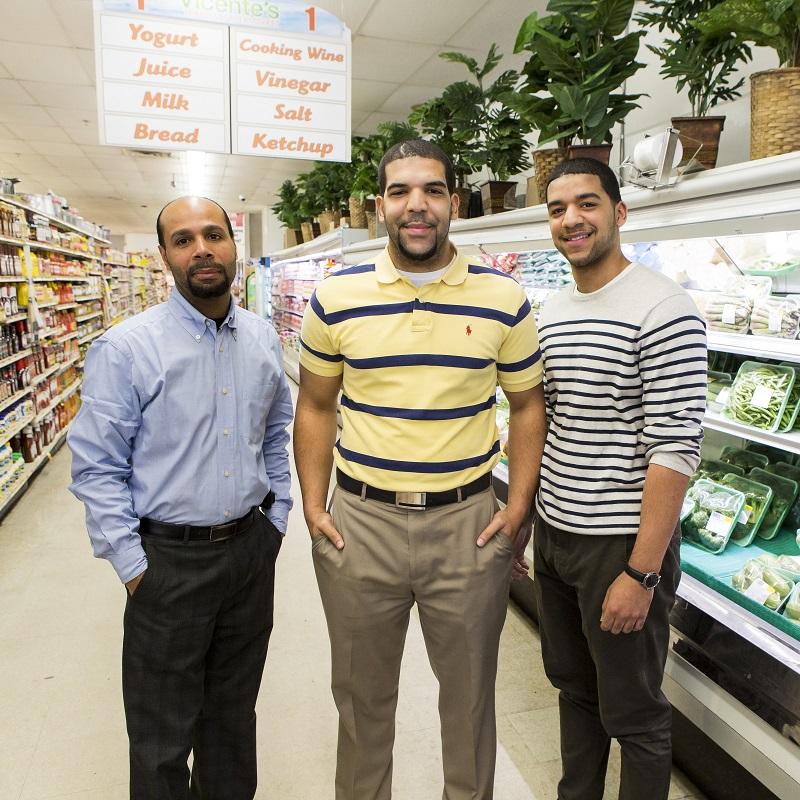 For years, the long-abandoned strip mall in downtown Brockton stood as a symbol of the city’s sharp economic decline and city residents’ isolation and lack of opportunity. A predominantly Black, Latino and immigrant community with an unemployment rate double that of the rest of Massachusetts, Brockton had not seen any meaningful investment in 40 years.

Today, Vicente’s, whose owners hail from Cape Verde, imports a wide variety of fresh foods directly from all over the world: Cape Verde, Haiti, Portugal, Central and South America—countries of origin for many Brockton residents. Immediately next door to Vicente’s is the 10,000-square-foot Brockton Neighborhood Health Center, which not only provides quality health care, but also a teaching kitchen staffed by dietitians and health workers who coach clients to prepare more nutritious meals.

Working together, Vicente’s and the clinic developed an initiative to reduce the rate of diabetes for Brockton residents, who have nearly double the rate of Type 2 diabetes for the state. Through cooking classes, using foods and produce familiar to the store patrons and taught in their own language, many local residents have greatly improved their health, particularly those suffering from diabetes: 84% of diabetic patients who attended these nutrition/cooking classes have measurably improved their health.

Healthy Food
Borrower
The Urban Food Initiative, Inc.
Location
Greater Boston, MA
Financing Used For
Construction
Loan Amount
$1 million
Loan Length
96 months
In many communities, it can be hard to find healthy food—and almost impossible to find healthy food that is affordable. Through an innovative model and unique sourcing, Daily Table is out to change that.